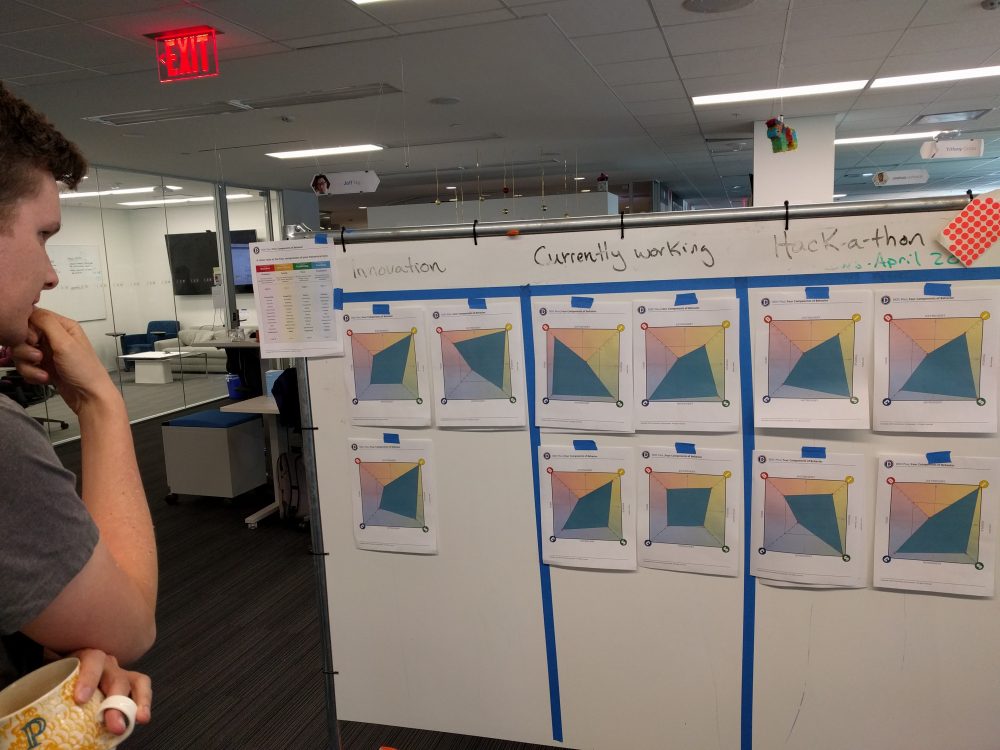 The personality test experience in this post is the DISC evaluation. However, I first encountered a personality test, Myers-Briggs. in one of my earlier design positions. It was a first step in understanding how I see the World compared to my team.

A few years later, I was in a team building workshop where a conversation between two participants became heated. One of the participants stopped the confrontation to ask his partner’s DISC score. After they realized the other’s score, the tension in the air disappeared. They both seemed to suddenly have a deeper understanding of where the other one was coming from.

After witnessing this exchange, I thought, “how many times could we have used a tool like this to reset similar situations with my team?”

Trying personality tests with my team

I had to get them to try this, but I had a way not to scare them off. As it was with new touchy feely things, designers were surprisingly not that eager to jump in.

People were surprised by other people’s results at first

I started by talking about personality tests with people that I knew would be open to the concept. The next step was to take the test myself and hang up the results in front of the team. This peaked curiosity and the participation numbers quickly grew.

Posting our results for the rest of the team

Take the test for yourself

Evaluating results with the team

The results show a graph that was easy to compare with others’. Depending on the responses, the participant could be in a number of quadrants.

Influence – Person places emphasis on influencing or persuading others.

Conscientiousness (or Cautiousness) – Person places emphasis on quality and accuracy.

of people looking over the

Most people were not surprised by their own results. My team fell on the high Steadiness or Stability. When we dissected it, we agreed that we craved the rules and boundaries that come from stability. If we do not have the rules that we need, we create our own.

People were surprised by other people’s results at first. Observing how we studied each other results, people would look at their own and then scan around. They looked for ones that stood out and then leaned in to see who those people were. Once they attached a name to the results, it took time to process how the results lined up with their previous impression of that person.

Team culture relies on effective communication and our ability to relate to each other. Using these tests have helped my team cut through a lot of pain from trial and error exchanges.

Our next steps are to apply this lesson to how we do design reviews, one-on-one sessions, sprint plannings, and retros. If you tried personality tests with your team or want to learn more, please reach out.

Read more about collaboration and team building experiments I have tried.